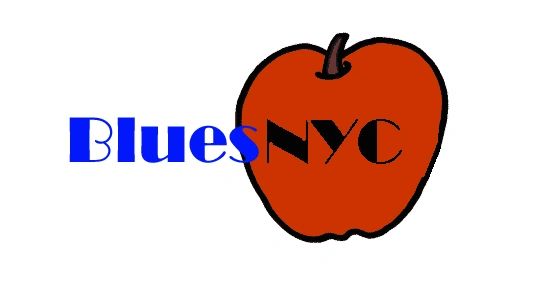 Welcome to the home of the exciting new
blues band and television project, BluesNYC.

The BluesNYC Band stays true to the sounds of the blues masters,
past and present, while presenting a gritty form of original blues music that comes
from the life experience of its members growing up in and around New York City.

The BluesNYC TV Show hopes to expand the awareness of the blues
by offering artists from all musical genres an outlet to display their blues talent,
discuss their blues influences and explain how these influences shape their music today. 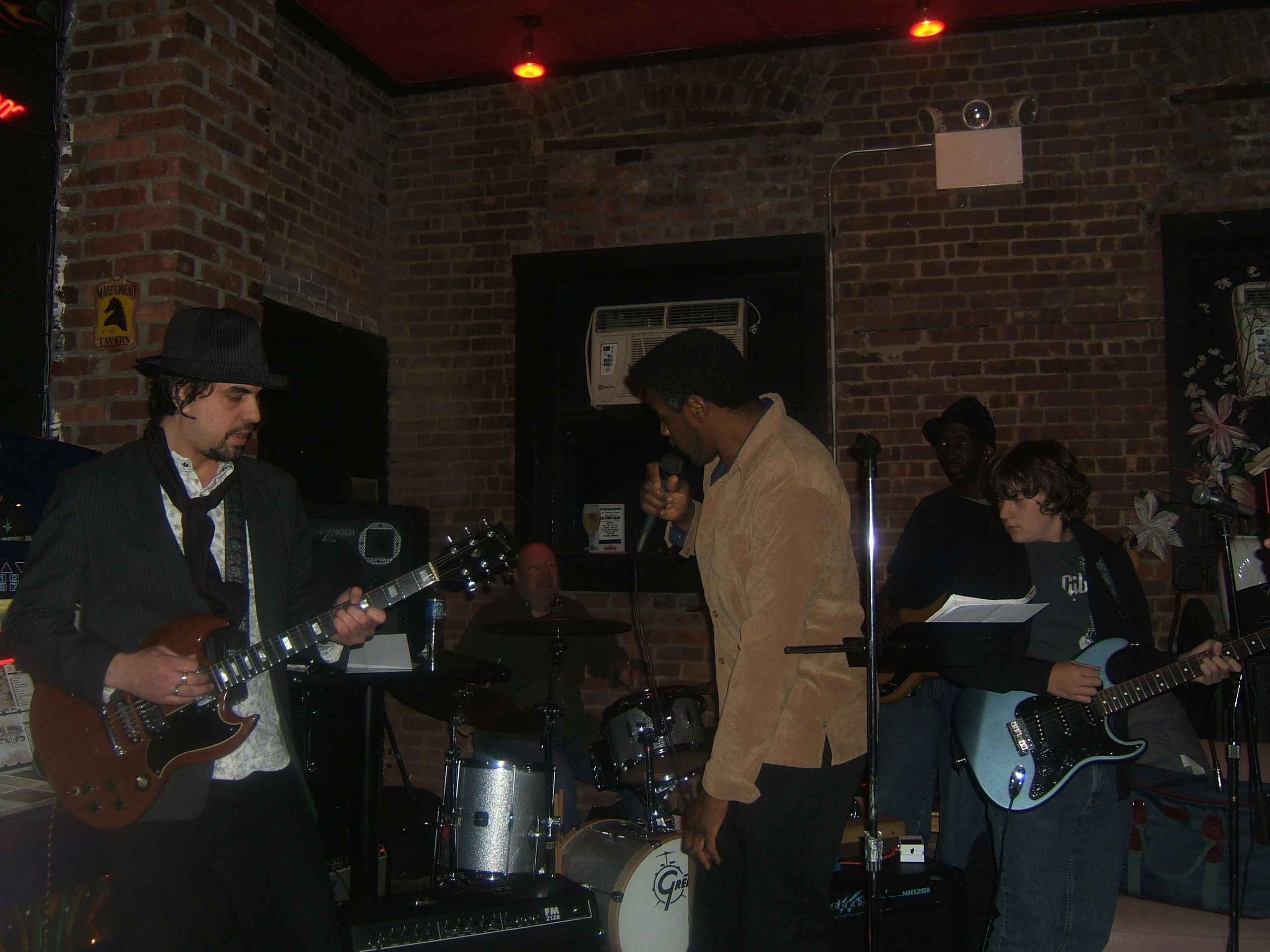 BluesNYC can be seen on Time Warner Staten Island Cable (channel 35) each Friday evening at 11:30PM.

RIP David Honeyboy Edwards, 6/28/1915 - 8/29/2011
Honeyboy died in his sleep in his Chicago home @ 3AM on 8/29.
For those who have never read his book, The World Don't Owe Me Nothing, I strongly suggest you do!  For those who have never heard his 1942 Library of Congress recordings,  I suggest you own them!          We treasured the time we got to travel, perform and hang out with Honeyboy. To listen to his stories was magical. The word 'legend' does not do him justice. We will miss him terribly, as will the world.

(He did play the next day in front of Cathead Records as a trio.) 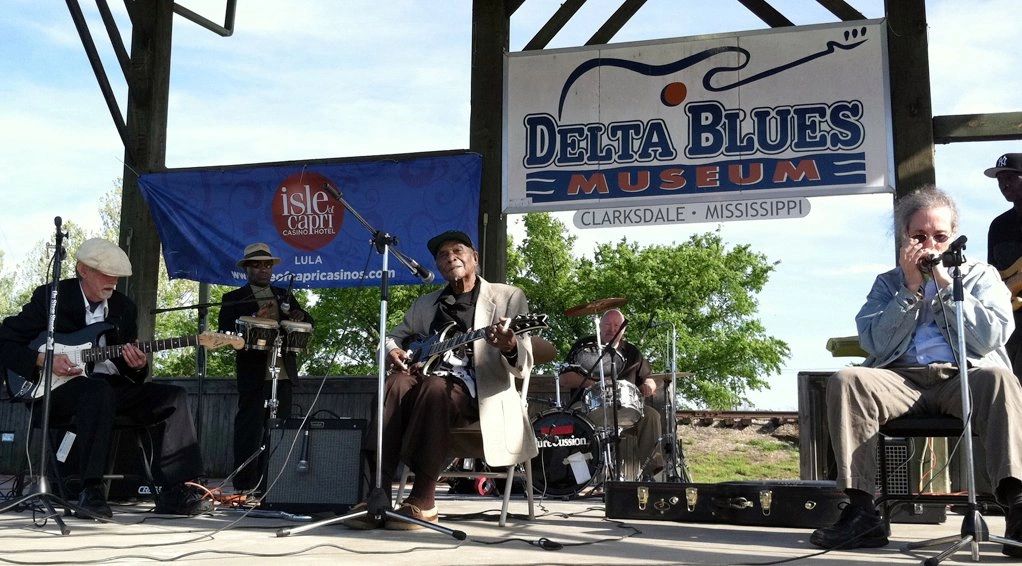 Below, a shot of us (as the Michael Packer Blues Band) backing Honeyboy @ The Briggs Farm Blues Festival in July 2010. 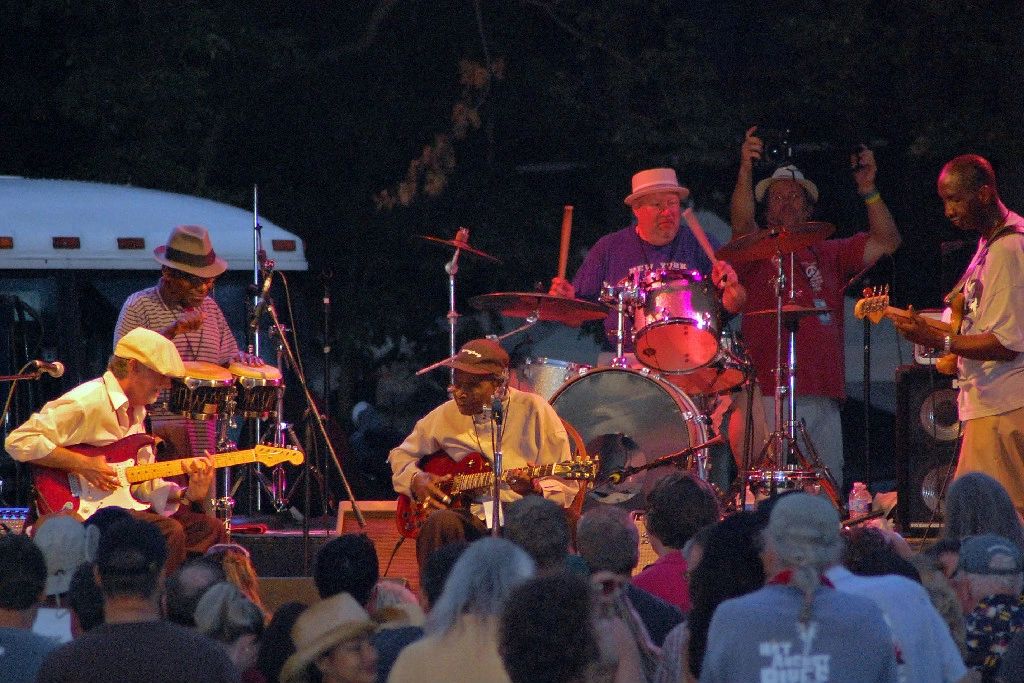 Here's a link to video from that Brigg's performance 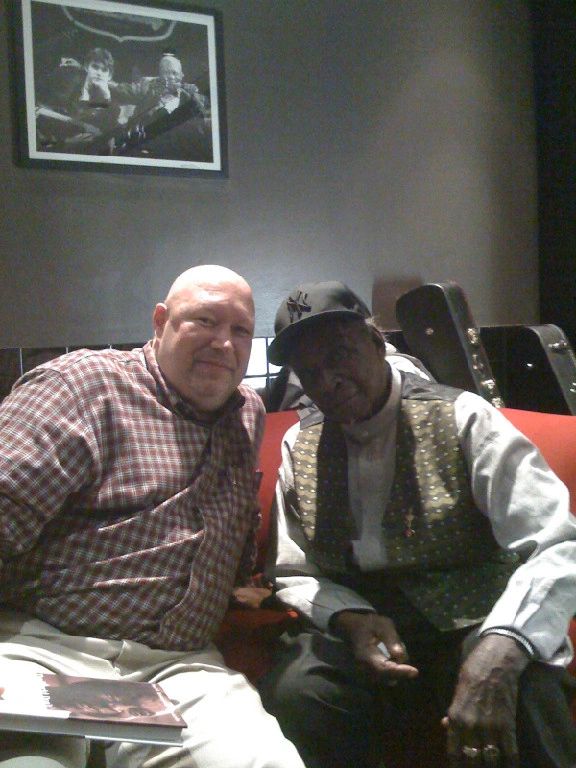 Above is a picture of Guy with Honeyboy backstage at BB King's, NYC 2007. Below a shot with Corey. 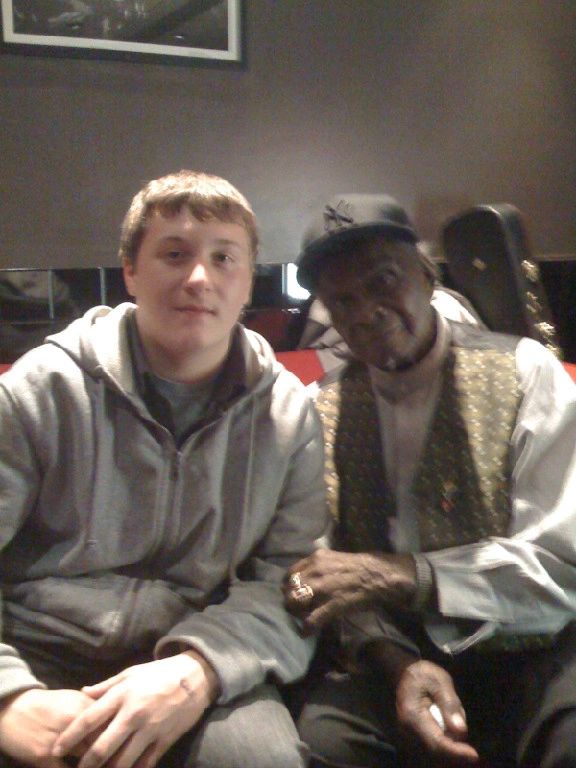 While we work on our first CD of all original material, the
BluesNYC band members have been keeping busy with other projects:

And Guy Powell and John (JB) Becton have been doing alot of playing
(sometimes together, sometimes not) with the Michael Packer Blues Band.

While playing with Honeyboy is such an honor, the world lost another original Delta Bluesman when
piano great Joe Willie "Pinetop" Perkins passed. Fortunately Guy got to spend some quality
time with Pinetop over the years, and here are a few youtube clips that document some of that time:
Pinetop in Helena 2007

Check out BluesNYC on Youtube.
Killing Floor
The Thrill is Gone
I Just Want To Make Love To You
Sweet Home Chicago
Sitting on Top of the World